In an industry that is filled with insecurity and self-doubt, the actor stays happy, grounded and true to her herself. Let's find out how.

In an industry that is filled with insecurity and self-doubt, the actor stays happy, grounded and true to her herself. Let's find out how

If you go by Bollywood's cookie-cutter world of net saris, holi dances and pouty poses, then Kalki Koechlin does not fit in. Yet, she is happily accepted by audiences and film-makers who see her as the woman who does things differently-with honesty and straightforwardness.

Balance does it
It's no surprise then, that she doesn't pretend to be working out all day long, or advocating the latest diet fad. Her fitness mantra, much like the way she deals with life, is balance: "There is no place for anything extreme in my life. I'm not a person who does things in excess. I never diet, I don't smoke and I hardly ever drink (maybe, a little wine here and there, and a shot of black coffee didn't harm anyone!). I eat at regular intervals, I sometimes work out and I never have huge meals," she says. 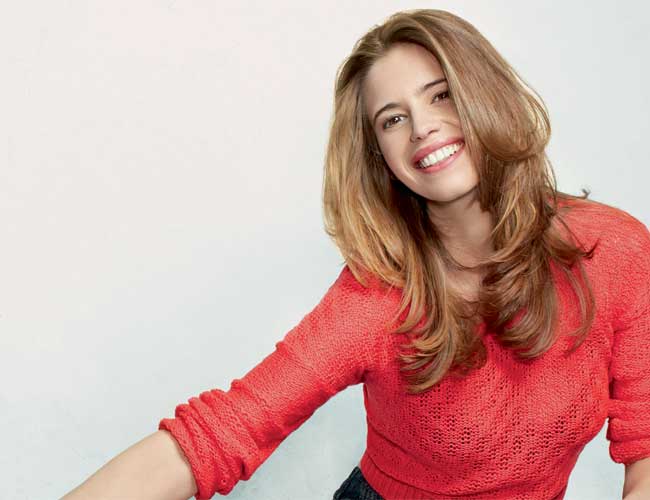 It seems to work for her because she reiterates that consistency is probably the only method in the madness that is Bollywood. That, and moderation. "I eat what I like, but a little at a time," she says. "I do like paranthas and brownies, but I know when to stop." And her moderation theory rules at the gym, or on the treadmill as well. Then there are the petite-French-girl genes. They must count for something!
The actress, of French descent, debuted in Anurag Kashyap's critically acclaimed saga Dev.D where she played the complex role of a prostitute that marked the beginning of her career and even won her the Best Supporting Actress trophy at Filmfare Awards. Since then she's potrayed many roles in off-beat films like Shaitaan, That Girl in Yellow Boots, Shanghai and My Friend Pinto. Her foray into mainstream films like Zindagi Na Milegi Dobara and Yeh Jawani Hai Deewani got her box-office success too.

An outdoors girl
Kalki grew up with her folks in Kallatty, a little village in the Nigiris, near Pondicherry. She lived her childhood amidst hand gliders and microlight aircraft that her dad designed. Plus, "We used to trek a lot when we were kids. Where I come from, it's not uncommon for me to jump off a cliff," she laughs. This probably explains why she's an outdoors sort of girl. "I actually get bored at gyms. I prefer swimming, yoga, sports-give me a game of basketball, a trek to the Himalayas or deep sea diving and I'll jump at it," she says with conviction. Unfortunately, her work doesn't really leave her with a lot of time. "There are 15-hour day shifts; we have no idea of night and day sometimes because we are continuously shooting and we're constantly travelling to locations we don't know much about," she says. "Bollywood life is not as glam as it might seem. We are not partying every day and wearing glamorous clothes. We're working. This career is not for the lazy," she adds chirpily.

Mind over body
"Our parents used to take us to the Aurobindo Ashram in Pondicherry to meditate. I used to dread it because it was so quiet and boring. But my mom once told me to empty my mind. That's tough, but it can be truly rewarding," she says. Today, switching off from daily life-phones, SMS, Twitter, Facebook and email helps. She's a big believer in falling off the grid. "We are spoilt; we need time to recharge without being connected all the time. I write in my spare time-it's good to reflect," she chirps. She 'peaces out' out a lot too. "Whenever I'm upset or tired, I meditate," she says.
"I love taking long baths-that's my secret to staying peaceful. I have elaborate bath rituals-candles, incense and music, along with a book."

Talking of work, she has learnt to block out the chatter. "The media talks about what I wear, how I dress and how thin I am. It's depressing, but I am not one to care much about these things. I just stopped reading page three and ended up spending more time researching or concentrating on the work at hand," she adds unapologetically. So what does success mean to her? "The insatiable feeling that asks you to do more. I want to do more with my life and that enthusiasm keeps me going. I want to find that balance with my family, my husband and my work," she adds. With a roster of new films, Gia Aur Sia, Happy Ending and Margarita, with a Straw in tow, Kalki doesn't seem to show any sign of stopping. And how we love her for it!

STAY BEAUTIFUL
Here's some easy advice from the irl with glowing skin.
1. Cleanse-tone-moisturise
2. Use Argan Oil on your face and body every day (morning and night); it gives you a glow.
3. Use sesame oil for your hair once a week; it takes care of chemicals that we put in our hair.
4. My mom recommends one spoon of organic cold-pressed coconut oil to drink, for good health.