Women directors, with or without support of their Bollywood connections, are proving their versatility and creativity in the industry with unique stories and fresh storytelling.

Women directors, with or without support of their Bollywood connections, are proving their versatility and creativity in the industry with unique stories and fresh storytelling. 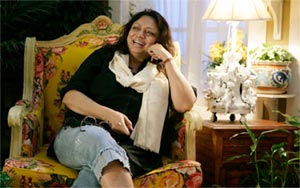 "Shirin Farhad..." narrates the story of two 40-plus lovers, while Shinde's "English Vinglish" tells the tale of a housewife who enrolls for an English-speaking course in order to please her husband and family.

According to Tanuja Chandra, who has directed films like "Dushman" and "Sangharsh", the film industry is dominated by male directors, producers and writers, but it is "not really because of some discriminatory system, which people seem to imagine operates in the business."

"There is no one opposing women getting the job that men have. If you are a woman of talent, integrity, drive and ambition, you will find many producers wanting to work with you. As well as stars," said Chandra.

"The only currency that has any significance in the film industry is the box-office. Commercial success is the main language of communication; so anyone who brings that is sought after, whether male or female," she added. 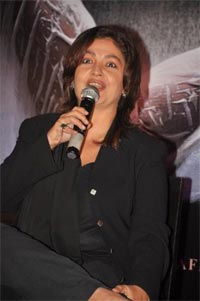 Among an emerging breed of strong female directors with 'filmy' backing are Bela Sehgal, Gauri Shinde and Divya Khosla Kumar. They may have had assistance at their hand but are confident of making a mark on their own.

Sehgal, sister of acclaimed filmmaker Sanjay Leela Bhansali, is gearing up for the release of her debut film "Shirin Farhad Ki Toh Nikal Padi". And she has no qualms in accepting that her brother's support has worked in her favour.

"I always wanted to be a director. Luckily for me, Sanjay started directing. It helped me a lot being his sister. A lot of things came my way much easily than to many who have had to struggle," said Sehgal.

Shinde, who is filmmaker R.Balki's wife has been an ad filmmaker for long. But for her feature film debut, she had help at her home!

"I started directing even before R.Balki started. I have been directing for years now. I was an ad filmmaker. But feature was something new for me," said Shinde, who didn't mind approaching her husband for tips on feature filmmaking.

Divya Khosla Kumar, wife of T-Series honcho Bhushan Kumar, is going behind the camera for the tentatively titled "Class of 2013".

But there are also some women directors, who have managed to cut through the competition to call the shots without any 'connections'.

Anu Menon, who directed "London, Paris, New York" says "the obstacle is whether a director has proven himself or herself - not the gender."

"There might a section of people who feel more comfortable to see men calling the shots, and that's true for most industries, and across the world," said Menon.

Even names like Farah Khan and Zoya Aktar have contributed with entertaining films, which have set the cash registers ringing too.

Chandra, who has been in the industry for over 15 years, hopes the future is bright with more females donning the director's hat.

"I do wish there were many more women filmmakers in the industry. Unless and until half of the directors are women, one won't really be able to say there is absolute gender equality in the movie business.

"At that time perhaps the pay structure will change too and women will earn as much money as men, whether actress or woman-director," she said on a positive note.