Why are celebrities often reduced to only their gender?

Cooking and serving food is considered an art. The gender of a person making the food does not matter, as long as it's good food. But in a family of course, that role automatically gets conferred upon a woman. Whatsd deeply problematic is not the fact that a woman cooks, but that she has to cook, without any actual love for cooking.

Sania Mirza and Shoaib Malik is a popular social media couple, be it in India or Pakistan. Recently, I came across an ad that has gone viral in Pakistan. The ad is of Asia ghee. It features Shoaib playing with a couple of kids.

The kids put forward the condition that if Shoaib hits a shot, he has to give them a treat. Watch what happens once Shoaib manages to hit a shot:

Shoaib gets home, gives Sania an apron and ask her to shoe the magic of her hands and she does. She makes a variety of tasty looking food for the kids.I watched the ad multiple times. I thought what's the harm in cooking food? I mean, does cooking food your husband's friends make you less of a human being? Has Shoaib behaved in an inappropriate manner with Sania?

In fact, Sania too plays cricket with the kids in the last bit of the ad. Is it a bad idea to be a good host?No, absolutely not. My problem with the ad is that I don't see Sania Mirza in it. Shoaib is a cricket player and Snai is a tennis player. That Shoaib is a cricketer is apparent in the ad, and one gets to know that this isn't an average couple. They are one of the famous couples of Pakistan-Sania and Shoaib are equal partners in their relationship. The kids put forward the condition that if Shoaib hits a shot, he has to give them a treat. Photo courtesy YouTube.

But in the ad, Sania is merely Shoaib's wife, not a tennis star. She makes use of Asia ghee to make food for Shoaib's 'friends.' If it had been any other celebrity, I would not have felt betrayed. But Sania has always come back with substance against any discrimination she has faced for being a woman. She had also tweeted recently about how women's day as a concept does not make sense to her:

I don’t think I agree wit the concept of Women’s day or any ‘day’ for that matter ?? we will never live in an ‘equal’ world if we need an actual day to feel special and appreciated!As far as I am concerned everyday is a Women’s Day,let’s go conquer the world everyday ladies??

One journalist had asked Sania when she will 'settle' down. She had immediately countered it by asking the journalist if he would have asked a similar question to a male athlete.The journalist apologized for his sexist question and accepted that for a woman' settling down' implies marriage and motherhood. Sania's decision to marry a Pakistani cricketer made trolls attack her mercilessly. But even in such trying times, Sania stood strong, and responded with strong words.Sania's short skirts created waves with comments like she was being anti-Islamic with her choice of clothes, but Sania played her game on field. Her attitude towards her career and form ensured that everyone sat up and took notice. 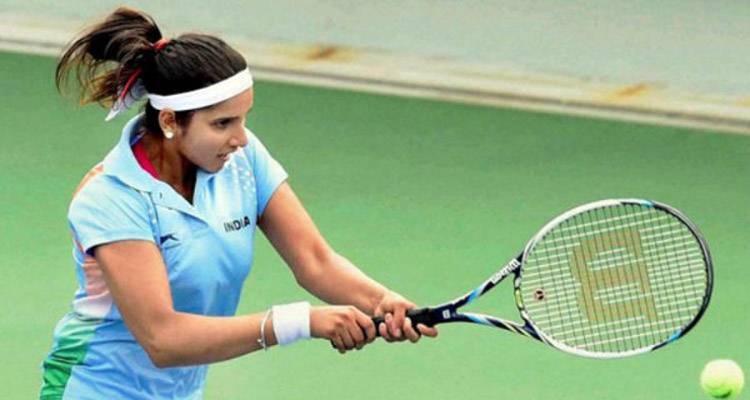 Sania's short skirts created waves with comments like she was being anti-Islmaic with her choice of clothes, but Sania played her game on field.

Sania Mirza gave her best performance in both singles and doubles She is the top female player of the country in the doubles category. When Sania dons an apron, it doesn't offend me. What disturbs me is that her status in the ad is not that of a world class tennis player, but of a wife. Being someone's wife is not an identity, it is merely a relationship.

Like thousands of other women, I have always seen Sania as a woman as someone who would never care about fundamentalists or trolls, and would concentrate on bettering her game. But when I see the same inspiring woman in an ad like this, I feel disheartened-it was certainly something I didn't expect.

The article was originally written in Hindi by Prateeksha Pandey for The Lallantop.