What makes Lara Dutta the 'It' girl 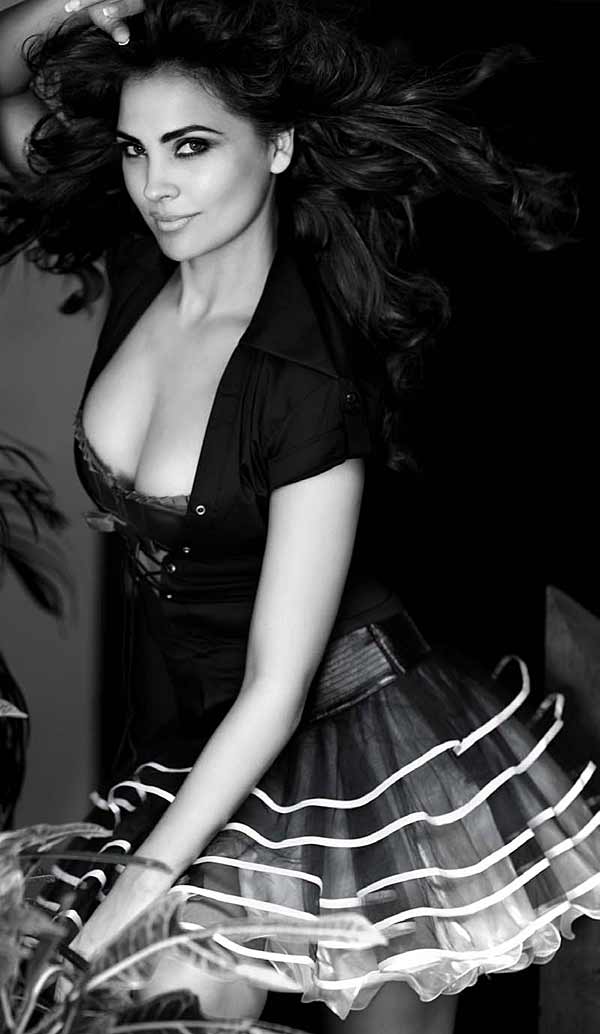 Growing up in Bangalore, this dusky beauty, born to a Punjabi father and an Anglo-Indian mother, always had aspirations of being an actor, but never in her wildest dreams did 32-year-old Lara Dutta imagine that Bollywood would become her calling, "The opportunity to act on screen is what millions aspire to and I am very blessed to have a career that I am passionate about," she says. The youngest of three siblings, she grew up in a secure family environment, spending her days doing extra curricular activities and being an ace student, Bollywood was just another little girls dream.

Winning the Gladrags modelling competition in 1997 became the stepping stone to her career ahead. Not only did she end up winning the Miss Universe title in 2000, after giving a passionate speech in defence of the contest, she also went on eventually to live her big Bollywood dream. With a svelte new frame in the film Blue, 2009 she garnered national attention by becoming the new hottie on the block. In an age where body image plays a pivotal role on how high your popularity soars. Bollywood is fast catching up. Fitness videos are doing to the country what Jane Fonda did to US in the 1980s, from Bipasha Basu to Shilpa Shetty, everyone is learning to beat the bulge and shape up.

Dutta has been in the news for her recently launched fitness series H.E.A.L (Health, Exercise and Longevity). For someone who spent her childhood summers hiking, biking and white water rafting, fitness for her is a way of life and she feels that it has also inspired her to help women build better bodies yet enjoy the benefits of good health. "I have collaborated with experts for over a year to work on these DVDs which cater to all body types. It's for people to realise that fitness is not just about pounding on the treadmill. It's a lifestyle change taking so many aspects into consideration," she says. What makes the series different is that it encourages women to steer clear of crash diets, fitness fads and the so-called "quick fixes" and adopt a long term plan, personalising the workout based on the body type and looking at overall fitness. So be it yoga, strength or core training, cardio elements-the series covers it all. Surviving in the harsh terrain of Bollywood has made her tougher in more than one way. Once afraid of the sea she now is a swimming and diving enthusiast thanks to the recent roles that she has played, "Overcoming a deeprooted fear brings with it exhilaration but also a feeling of being invincible," says Dutta. 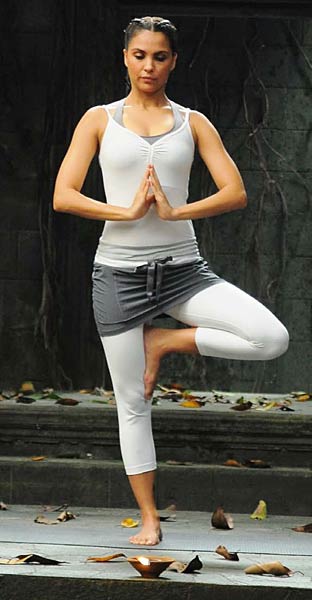 Also unafraid of being typecast she openly admits that the reason she chooses comedy is because not only is she good at it, but also she thoroughly enjoys it. There is also the obvious reason that comedy has seen the most success at the box office. Life has been hectic for her of late as she has been juggling various roles, from releasing her DVDs, to turning producer with her first home production Chalo Dilli, co produced by Eros with Vinay Pathak in Jaipur under her production house called Bheegi Basanti, besides starring in Don 2 which releases in December 2011. If you think all this keeps her on her toes, she has room for more. A voracious reader, she spends her time scouring through any novel she can lay her hands on in her spare time. Another thing that keeps her occupied is her love for dance.

A classically trained dancer; she loves to practice in order to unwind from her hectic schedule, but she seldom has time. All though, she is not complaining as life is also looking up for her on the personal front. She recently got engaged to tennis player Mahesh Bhupati. Even though marriage is not on the cards yet, she is a firm believer in the institution and likes the idea of growing old with someone, building a future together and having a stable environment to raise a child. It is perhaps the strong notions of family that she has grown up with that keep her grounded. Quite a refreshing take on life from someone who lives in the heart of tinsel town.